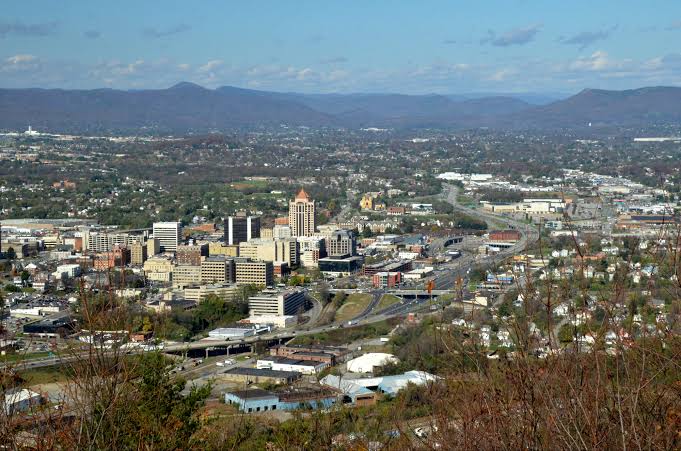 Roanoke is a dazzling city located in the state of Virginia, US. The famous Roanoke River runs through the city which forms a part of the Roanoke Valley. The city is popularly known as the Star City owing to its iconic neon star that was erected on the Mill Mountain in the year 1949. The star which was built at a height of 1,045 feet made Roanoke quite popular and this led to the city being known as Star City. Given below are a few destinations in the city that made our Roanoke holiday truly worthwhile,

For enjoying some amazing views of the Roanoke Valley, you need to visit Mill Mountain Star and Park. There are neat roads that can take you through the hilly terrain and you can drive all the way to the foot of the mountain. Once you reach there a short climb of 10 to 15 minutes will take you to the Star, in front of which is an overlook where you can enjoy the dramatic views. The park near the Star has some beautiful trails and also a zoo. The experience was unmatchable and we ended up spending the whole day at this spot.

Situated at Norfolk Avenue is the famed Virginia Museum of Transportation. The historic museum was built in 1986 to exhibit the vintage automobiles and railroad exhibits. Visiting the place can take you back in time where you can see the vintage cars from the early 20th century. We also saw a few “Hollywood Star Cars” that were used in some of the popular Hollywood movies. The museum also displays train models and aircraft that illustrate the history of aviation and railroad evolution in the US. As a car enthusiast, I thoroughly enjoyed the visit.

Our last destination in the city was none other than the Taubman Museum of Art. The museum has over 2000 artworks featuring classic and contemporary American art from the 19th and 20th-century. Established in 1951, the art museum exhibits works by Edward Steichen, Andy Warhol, Edward Henry Potthast, Thomas Eakins, and many more. With an entry fee of just $5 per person, the museum is definitely worth a try.